At least 3-4 times a month I get asked about chickenpox, the vaccine, and its protection against and relationship to shingles.  Most people have heard about shingles, may even know someone who has had it, seem to know there is some relationship to chickenpox, but don’t fully understand what that relationship is. For that reason, I thought that this would be a good topic to discuss and I could give a quick chickenpox-shingles 101 lesson.

Chickenpox is a member of the herpes virus family.  Humans are the only source of infection for this highly contagious virus.  It is spread quite easily from person to person by direct contact, airborne droplets and respiratory secretions (that means sneezing and coughing) and direct contact with vesicular lesions from both chickenpox and zoster (or shingles) lesions.  Once you become infected with chickenpox, the varicella-zoster virus never leaves your body, but becomes dormant in your nerve root endings.  Reactivation of the virus results in zoster, or “shingles”.

As chickenpox is characterized by an itchy, vesicular rash all over the body, shingles consists of grouped vesicles in 1 to 3 small areas that are innervated by the nerve root ending that the virus reactivated from (these are called dermatomes).  Shingles is usually quite painful and can continue to be uncomfortable even after all of the lesions have cleared up.

As mentioned earlier, both the lesions from chickenpox and shingles are highly contagious.  Persons with the disease are contagious from 1-2 days before the vesicles are visible and remain contagious until they are all crusted over.  Both chickenpox (varicella) and shingles (zoster) cause chickenpox in susceptible children and adults who do not have immunity, either by disease or immunization.  Remember, you can’t get shingles without first having chickenpox or the vaccine.

Most parents worry about their kids getting shingles or chickenpox from a family member who has shingles.  Most of the time it’s a grandparent.  Here’s the good news, most toddlers and children have received their chickenpox vaccine at 12 months of age and a second dose between 4-6 years, and therefore are protected and free to be around that family member.  If, however, they are under one year of age or have not received their vaccine, I would recommend avoiding exposure, as they are definitely susceptible to contracting chickenpox.

Does the vaccine protect you from getting shingles?  No, but data has shown that the severity of shingles seems to be milder among vaccinated children compared to children that contracted chickenpox the old fashioned way.

How effective is the vaccine?  The efficacy of 1 dose is 70-90% against contracting chickenpox and 95% effective against severe disease. Those are some pretty good numbers!

How long does the vaccine keep you protected?  The vaccine has only been licensed in the United States since 1995, but current studies from Japan indicate persistence of immunity for at least 20 years.

Finally, does my child really need this vaccine? Yes. Most parents remember getting chickenpox as children. They remember the itching, maybe a fever and some achiness, oatmeal baths, calamine lotion, and missing a week of school. For the most part that is what chickenpox is all about. I too remember all of the above, and I also know that I was single-handedly responsible for the majority of my kindergarten class contracting the disease. However, not all cases of chickenpox are harmless. Complications from chickenpox can cause hospitalization and in rare cases death. I saw this first hand during my residency. The 7-year-old boy in the ICU with severe pneumonia and respiratory distress syndrome. He was on a ventilator with multiple chest tubes when I began my rotation and he was still the same, one month later, when I finished. Then the teenage girl with half of the skin on her back removed from the extreme staph skin infection complicating her chickenpox. Finally, the little baby who just turned 18 months, and was in the crusting over phase of his chickenpox when he stopped breathing and died. On autopsy it was discovered that he had a chickenpox lesion in the area of his brain that controls breathing. None of these kids were fortunate enough to have had the chickenpox vaccine because it was not yet available.

Now the good news, since the introduction of the vaccine, the overall rate of hospitalization from chickenpox has declined by 90% and there have been few fatal cases. As with many diseases today we forget how bad they can be. Let’s not forget and instead be thankful that our kids are fortunate to live in an era where they can be protected through vaccination.

Gina Rosenfeld, M.D., F.A.A.P.
Dr. Rosenfeld has been practicing as a pediatrician in private practice for over 17 years. She is Board Certified and a Fellow of the American Academy of Pediatrics. In 1994, Dr. Rosenfeld joined Children’s Medical Group and has remained there as a long-term primary caregiver to her young patients in North San Diego County. Dr. Rosenfeld practices direct patient care in the office and hospital setting, as well as a number of other clinical functions. In addition to her clinical roles, Dr. Rosenfeld has worked extensively with pediatric policy. Through her appointment as Chairman of Pediatrics at Palomar Medical Center (1998 to 2000), to her contributions on the CPMG Quality of Care Committee and her appointment to the CPMG Executive Advisory Board, Dr. Rosenfeld has served as a voice for pediatric patients in San Diego. Dr. Rosenfeld completed her Pediatric Residency at The University of California, San Diego. She received her Doctor of Medicine from New York Medical College and her B.A. in Biochemistry and Cell Biology from The University of California, San Diego Beyond her career achievements, Dr. Rosenfeld was honored to be named as a New York Medical College Merit Trustee Scholar, the recipient of the Glasgow Memorial Achievement Citation and Outstanding Intern in Neonatology at UCSD Medical Center. Dr. Rosenfeld maintains a longstanding affiliation with the Alpha Omega Alpha Medical Honor Society. Additionally, Dr. Rosenfeld is an honored recipient of the Patients Choice Award 2008, 2009, 2010 and The Compassionate Doctor Award 2010. Dr. Rosenfeld loves being a mom and remains quite busy outside the office with her husband and two boys.
Recent Posts
Showing 25 comments 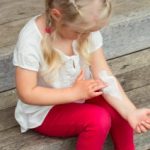 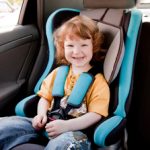