One of the biggest concerns parents have is getting their kids to eat well. Dealing with picky eaters is a huge challenge, and one that most parents will face at some point during childhood. Here are some tips to help you weather the tough times and your kids learn better eating habits.

First, relax. I promise, no neurologically normal child has ever starved to death with access to healthy foods. You will both get through this. Eventually.

“Picky eaters” fall into two broad categories: Kids who eat small amounts, and kids who eat few kinds of food. If you’re concerned that your child isn’t eating enough, talk to your pediatrician. Sometimes kids live on air. As long as they’re growing appropriately, there’s nothing wrong with letting them follow their appetite. (In fact, we recommend it.)  Remember that small people have smaller caloric requirements. As a general rule of thumb, a child’s portion of carbs at a meal on average shouldn’t be bigger than her tight fist and a protein portion shouldn’t be larger or thicker than the palm of his hand. Over the course of a week, we want them to eat a “rainbow” of colors of fresh fruits and vegetables.

Kids who refuse to try new foods and eat very little variety are a bigger challenge, both for their parents and their pediatricians. You can’t and shouldn’t force a kid to eat, but you can employ strategies that over time will encourage healthier eating habits:

(1) If possible, make mealtimes a family affair. Get into the habit of having each person share one good or funny thing that happened that day. Focus on each other, not the food. Turn the TV off before everyone sits down to eat. (Make this a general practice even when kids are sitting down for snacks. Sit down at the table to eat, and no eating in front of the TV.) Let them see you eating a healthy variety of foods as well.

(2) Don’t let the kids know you care whether they eat or not. If they think they can get your goat over something, they will. Make the food available, and pretend it doesn’t matter to you if they eat.

(3) Rather than serving “family style,” plate the appropriate portions of the proteins and carbohydrates before you bring the food to the table. People who are still hungry after eating those portions can fill up on more non-starchy fruits and vegetables, which should always be on the table.

(5) If kids aren’t eating, don’t make them something different or let them fill up on less healthy snacks later. Kids who don’t eat dinner will probably be hungry at breakfast. Or the day after tomorrow. (An exception would be a child who’s generally a pretty healthy eater but can’t stand a particular meal. In that circumstance, a bowl of cereal is a reasonable substitute.)

(6) Avoid sweet drinks, including juice and sports drinks. Kids can fill up on the empty calories in them and not be hungry for meals.

(7) Do your best to ignore the whining (probably the hardest thing for all of us) and if it gets too bad, send the kids to their rooms (without TV or computers). Make it a family rule that no one gets to ruin dinner for everyone else just because they don’t like what’s on the table. (Adults, too!)

Whitney Edwards, M.D., F.A.A.P.
One of San Diego’s strongest proponents of patient education and preventative medicine, Dr. Whitney Carr Edwards is a firm believer in being as approachable to children as possible, and is on a first-name basis with many of her patients and their families. “I don’t need the formal distance of always being addressed as ‘Doctor.’ People trust me with the care of their children. How could the use of a title possibly convey more respect than that?” Far more likely to be dressed in jeans and a rugby shirt than more formally, Dr. Edwards’ deliberate choice of apparel is intended to put children at ease. “To adults, white coats may symbolize professionalism, but kids just associate them with needles.  I have been known to wear one on Halloween, which my patients find extremely funny.” Dr. Edwards attended Amherst College and the Medical College of Ohio.  She completed her pediatric training at the Maine Medical Center in Portland, Maine, before moving to San Diego in 1997, where she’s been in private practice ever since.  She is Medical Co-Director and oversees the Healthy Living Weight Management Program at Children’s HealthCare Medical Associates in Hillcrest.  She holds a voluntary faculty appointment at UCSD and has been very active in the training of pediatric residents since 1999. Dr. Edwards’ local roots and family ties are deep and broad.  She’s the daughter of a third-generation San Diegan (and granddaughter of a longtime principal at San Diego High) and has a large local contingent of family.  A “Navy brat,” she was born at Sangley Point in the Phillipines and spent time in San Diego before moving to Columbus, Ohio, where she grew up on a small farm outside of town. She was an animal trainer at the Columbus Zoo for many years before entering medical school, and has served as a medical consultant to several movie productions and television series, including The X-Files. She shares her life with Urie and Ianto, two gorgeous, huge, and quirky Shiloh Shepherds, as well as with a beautiful Connemara pony named Hope.  She’s traveled extensively, is a lifelong baseball fan, and loves sailing and especially photography, which barely lost out to medicine as a career. Dr. Edwards, who is Board Certified in Pediatrics and a Fellow of the American Academy of Pediatrics, was selected as one of the top physicians in San Diego by the San Diego County Medical Society in 2011.
Recommended Posts 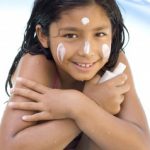 Sunscreen – Not Just for Summer!Health & Fitness 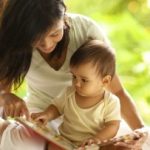 Reading and Children: A Prescription for Life!Health & Fitness