When Kids Want To Be In Charge

During the summer months, doctors’ offices are full of kids, usually healthy and rambunctious. They are either there for their check up or having to tag along as their sibling gets his or her check up. For some kids it is fun.  For others it is agony.

I remember a certain family who came in recently for a well-baby visit. The youngest of three was 9 months old and her two older siblings were tagging along. Everyone was excited to be there but mom had read them the riot act: “Be good, wait patiently. It’s your sister’s turn today.”

But as we know, life with children is never that simple. One of the siblings just could not take it any longer and started to act up.  He started hugging the baby just a little too tight, running around the small cramped exam room and declaring that HE was in charge.  I could see that my visit was doomed unless I figured out something fast and effective.  In a stroke of insight (these are few and far  between), I sat down with this preschooler and told him that for sure he was going to be in charge!  I instructed mom that when she got home she was to gather a timer and set it for 15 minutes, during which time Simon (his name has been changed to protect the innocent!) was to be in charge of her.  He could ask her to do anything that he wanted except no TV or video games.  Mom was to accept no interruptions and she was going to be the follower. Simon was going to be the leader.  Simon was going to be in charge. Simon beamed! It was like he had hit the jackpot. Not only was he going to be in charge of mom, but the doctor told him he could do so.

The rest of the visit, focusing on the younger sibling was a piece of cake.  Mom and I were able to speak without the constant interruption and the older kids sat quietly, perhaps waiting for a lollipop, too. Nevertheless, Simon had grasped the notion that it was worth behaving now if he could be in charge later, even if only for a little while!

May your summer be restful and the kids well behaved.  May you create memories and be safe.  And when needed, allow the children to occasionally be in charge.

Blanca Fresno, M.D., F.A.A.P.
Dr. Blanca Fresno is a board certified pediatrician and mother of two. She has worked in the South Bay area for the last 20 years and is the owner of Pediatrics in Paradise, a pediatric practice with offices in Chula Vista and National City. Dr. Fresno has given numerous community lectures and workshops. Her column  Dra. De Guardia was published in the weekly newspaper Enlace from 2005 to 2008.  Dr. Fresno was also the founder of the program Families Against Obesity currently being administered at the Center for Health Promotion in Paradise Valley Hospital. At Paradise Valley Hospital, Dr. Fresno has served as chairwoman of the pediatric department and chairwoman for both the Cultural Diversity Committee and the Language in the Work Place Task Force.  She has also been also a member of the medical executive committee. Nominated for Woman of the Year in 2009 in San Diego Magazine, Dr. Fresno has dedicated her professional life to empower families with education to raise happy and healthy children. When she is not working Dr. Fresno could be seen at the local farmers market buying produce for her latest workshop: Kool Foods for Kids, or flying kites with the kids at the park behind her new office.
Recent Posts 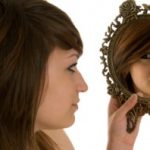 Mirror, Mirror on the WallHealth & Fitness 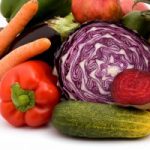