A friend recently said to me that maybe there is a reason that I have a difficult daughter.  Maybe it is to help me in becoming a better parent, as well as a better pediatrician.  I thought about this concept and realized that, over the years, I have come across many families with similar situations to mine.  They have a child, typically a second born girl, who is headstrong, stubborn, needy, demanding… do I need to go on?  The most important support, I believe, I have been able to give to these families is not necessarily advice on behavior management, but just to say “I have been there” and “you are not alone.”

All children have their issues and all children are fairly egocentric.  Furthermore, all children go through phases in which they are developing and growing, causing them to feel, and act, out of sorts.  However, for some children, their behavior problems go above and beyond what we expect for an average child.  For these kids, the ability to regulate their emotions can be extra difficult.  These are the children that have tantrums well beyond the toddler years.  For some children, the need to be in charge and in control is overwhelming.  These are the children who fight to be first and are perceived as bossy.  Yes, these children are the future leaders of America, but how do we get them to adulthood without pulling our hair out?  I wish I had the answer!  What I do have is 7 years of experience to pass on to my families so they know that they are not alone.

Here are some things that I have learned:

My daughter has always had a hard time talking about her behavior. Going to a psychologist allowed her to talk about her feelings in a safe and playful environment.  She is now working on better ways to solve problems and express her emotions.

If you have concerns about your child’s behavior, talk to your pediatrician. 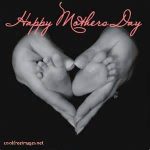 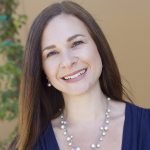