From the day they become pregnant,  parents worry about how to keep their child as safe and healthy as possible.  Sometimes this impulse leads parents to make very good decisions, such as ensuring their kids always wear helmets when engaging in potentially dangerous activities, feeding them a healthy diet including drinking water, or getting plenty of regular exercise. Other times, misinformation can lead the best intending parents into making decisions that actually put their children at much higher risk, such as not fully immunizing children, co-sleeping with infants, or offering juice or sports drinks.  Some baby devices that initially seem or seemed like good ideas, e.g.,walkers, rotating activity stations, baby slings, Bumbos, crib bumpers, are now widely recognized to be dangerous either generally or for certain ages or situations.  A new report from the Centers for Disease Control adds infant sleep positioners (ISPs) to that list.

The researchers reviewed the cases of 13 infants, 4 months of age and younger, who suffocated while in an infant sleep positioner, and concluded that the ISPs may have contributed to their deaths. Although a few ISPs (available since the 1980s) had been cleared by the FDA for prescription use for specific medical conditions (e.g., for gastro esophageal reflux), none have ever been approved for preventing or reducing the risk for SIDS.  Despite this, “many unapproved ISPs have been marketed to the general public with claims of preventing [SIDS], improving health, and enhancing sleep comfort,” the authors write.  The FDA has contacted all ISP manufacturers requesting that all sales be halted until companies submit safety and effectiveness data that not only support the medical claims of their devices, but also demonstrate that benefits from use of the product outweigh the risks for suffocation.  In the meantime, it is recommended that all parents and caregivers stop using ISPs unless specifically prescribed by their pediatrician.

The American Academy of Pediatrics Safe Sleep recommendations can be found at:

Don’t hesitate to contact your pediatrician if you have any further questions regarding the use of ISPs.

My current understanding is that the FDA has contacted all Infant Sleep Positioner manufacturers requesting that sales be halted until companies submit safety and effectiveness data that not only support the medical claims of their devices but also demonstrate that benefits from use of the product outweigh the risks for suffocation.  As for the prescription aspect, it wasn’t that the FDA positioners were only available BY prescription, the recommendation was that people only use them IF explicitly advised to by their pediatrician to address a specific medical condition, and only the FDA approved positioners be used.  But as far as I know, at the moment, they’re all off the market until the companies can demonstrate both efficacy and safety.

Whitney Edwards, M.D., F.A.A.P.
One of San Diego’s strongest proponents of patient education and preventative medicine, Dr. Whitney Carr Edwards is a firm believer in being as approachable to children as possible, and is on a first-name basis with many of her patients and their families. “I don’t need the formal distance of always being addressed as ‘Doctor.’ People trust me with the care of their children. How could the use of a title possibly convey more respect than that?” Far more likely to be dressed in jeans and a rugby shirt than more formally, Dr. Edwards’ deliberate choice of apparel is intended to put children at ease. “To adults, white coats may symbolize professionalism, but kids just associate them with needles.  I have been known to wear one on Halloween, which my patients find extremely funny.” Dr. Edwards attended Amherst College and the Medical College of Ohio.  She completed her pediatric training at the Maine Medical Center in Portland, Maine, before moving to San Diego in 1997, where she’s been in private practice ever since.  She is Medical Co-Director and oversees the Healthy Living Weight Management Program at Children’s HealthCare Medical Associates in Hillcrest.  She holds a voluntary faculty appointment at UCSD and has been very active in the training of pediatric residents since 1999. Dr. Edwards’ local roots and family ties are deep and broad.  She’s the daughter of a third-generation San Diegan (and granddaughter of a longtime principal at San Diego High) and has a large local contingent of family.  A “Navy brat,” she was born at Sangley Point in the Phillipines and spent time in San Diego before moving to Columbus, Ohio, where she grew up on a small farm outside of town. She was an animal trainer at the Columbus Zoo for many years before entering medical school, and has served as a medical consultant to several movie productions and television series, including The X-Files. She shares her life with Urie and Ianto, two gorgeous, huge, and quirky Shiloh Shepherds, as well as with a beautiful Connemara pony named Hope.  She’s traveled extensively, is a lifelong baseball fan, and loves sailing and especially photography, which barely lost out to medicine as a career. Dr. Edwards, who is Board Certified in Pediatrics and a Fellow of the American Academy of Pediatrics, was selected as one of the top physicians in San Diego by the San Diego County Medical Society in 2011.
Recent Posts 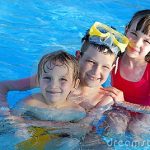 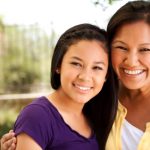