Have you seen the #LikeAGirl video making the rounds recently? If not, take a minute (OK, three minutes) to watch it and then read on.

The video is a social experiment. First, the director asks teenage girls and boys to “run like a girl”, “fight like a girl” and “throw like a girl.” Then she does the same with younger, pre-adolescent girls. The difference in their reactions is startling–the young girls who haven’t entered the vulnerable stage of puberty yet run fast, throw hard and kick and punch like they mean it. To them “like a girl” means do the best you can.

The teenagers, both boys and girls, enact variations on the stereotype of non-athletic, weak, preening teenage girls. They flail their arms and legs as if they only have a minimum of physical coordination. They toss their hair. They prance. They whine.

In the world adolescence and beyond, “like a girl” is understood to be an insult. It’s meant to humiliate someone and shame her (or his) efforts. To be sure, “like a girl” is an accusation of inherent weakness used against both males and females – used by both genders as well.

I remember being ten-years-old and starting with a new soccer team. My new teammates were intense and competitive – and mean. The first day I was accused by several of having “spaghetti kicks” and playing “like a girl.” That was 30 years ago, but I still remember the sting. At that age, I never thought to reconsider that “like a girl” could mean something positive. As one young woman in the video states, “what if ‘run like a girl’ also meant ‘win the race’”?

Ask your children what “like a girl” means to them to get a sense of where they are. If they respond positively, great! Encourage and reinforce that confidence. However, if they have already internalized it as an insult, watch the video with them, talk about how such a common phrase can make such a significant impression. Take this opportunity to talk about language and the words we use and how they can be tools to encourage and support each other as well as weapons to put each other down.

Educate your daughters about what puberty means to them and their sports – their muscles are going to become more developed and they are going to be stronger and faster! Point out the absurdity of the derogatory use of the phrase “like a girl” and help them make a list of five things they do really well – like a girl!

Chrystal de Freitas, M.D., F.A.A.P.
San Diego-based Dr. Chrystal de Freitas is a pediatrician, author, wife, and mother of three adult children who has a special interest in family health education.  She completed her pediatric training at the University of Washington, in Seattle, WA, and has been in private practice for 27 years.  Early in her career, Dr. de Freitas served as a Clinical Instructor in the Department of Pediatrics at the University of Washington. Moving to Michigan in 1987, she worked part time at several area practices while raising her then young children. Relocating to the San Diego area in 1998, she first practiced with North County Health Services in Encinitas for 6 years before starting her solo private practice of pediatrics, Carmel Valley Pediatrics in 2004. In 1993, Dr. de Freitas founded Healthy Chats LLC and began to provide family health education information through detailed seminars, books, a DVD kit, and online. A parallel Spanish site, Charlas de Salud is also available. Dr. de Freitas is Board Certified in Pediatrics and a Fellow of the American Academy of Pediatrics.
Recent Posts 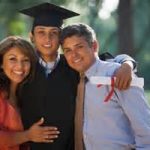 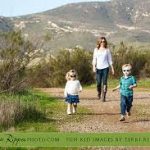