Quit Being Such a Bully

“I want to hurt myself.”

That was the only thing written on an otherwise blank page. The other day, the mother of a bright 2nd grader, showed me that alarming note.  Apparently the boy wrote it at his school. She went on to tearfully explain that her child has constantly been bullied ever since joining the institution. Sadly, it is not uncommon to encounter such stories when your profession is pediatrics. Children are bullied all the time. This often pushes kids, whose minds should be filled with limitless imagination, to the brink of formulating tragic thoughts.

We often hear about instances of bullying in the media, but what can we do about it? Obviously that’s a complex question.  In order to try to adequately approach it we must first ask where bullying comes from.

Being the first child of two immigrants in San Diego, California, I recall being harassed in my childhood. I was never driven to want to hurt myself as a result, but I definitely remember days when I dreaded seeing certain kids at school. At the time, I obviously didn’t understand what was happening. I just thought I was inferior to the other kids. However, looking back on it, I realize I was bullied because I was “different”. Being raised by my parents, I had a much better understanding of Syrian cultural norms than I had a grasp of American culture (we also didn’t have cable TV growing up, and without MTV, what could you really learn in the 80’s/90’s?). Some of my classmates used to call me “a mad bologna from cereal” (Ahmad Bailony from Syria).  In retrospect it’s actually pretty clever, but as a child it created all sorts of internal anxiety that I couldn’t quite comprehend.

It seems that inherently as human beings we are somewhat suspicious of that which is foreign or different from us. I have come to understand this the hard way. As a kid I didn’t fit into the schools I attended because I was different. Nowadays as an adult I have continued this trend. Most people from my own cultural background are married and either have or are contemplating having children by this age. Instead I live on my own and still go to punk rock concerts as often as I can (yes, I still go inside mosh pits). People from the Arab Community don’t quite understand this path, and often the only question I’m asked is why I’m not married? It has been rare to hear positive words about the path I have taken.

Obviously, I do not feel bullied by these comments as an adult, but they do help me learn an important lesson. Being accepted and loved for who you are ought to be sacred. If we had more of that around us, the world would be a better place. Often times when a teenager comes into my office feeling down about the prison of narrow-mindedness that is high school, I ask the parents to leave the room and offer this advice. I tell them I understand that high school can feel like a dark, dim tunnel, but that beyond the tunnel there’s a light in adulthood. The important thing is to not forget who you are in those poorly lit moments.

I don’t know if we can solve the problem of bullying in this country, but I do know that we must first begin with ourselves. We must teach ourselves, and not just children, to love and accept more. We can only reach our full potential if we are allowed to be whoever it is that we are.

My 5th grade teacher took me outside the classroom one afternoon. She then knelt down to my eye level and said, “I just want you to know that you’re a smart kid and that you can be whatever you want to be in life.” At the time I thought I was A Mad Bologna From Cereal, but I thankfully learned to be Ahmad Bailony. I guess I followed her advice.

To read more of my blogs, visit A Bunch of Bologna: Life Lessons in Pediatrics.

Ahmad Bailony, MD, FAAP
"I try to treat every patient with the same care I would treat my own child. I chose to become a pediatrician because I like kids - they are full of energy and innocence. To me, being a doctor is a blessing and I never want to forget that. In my spare time, I enjoy playing guitar, listening to music and going to the beach."
Recommended Posts 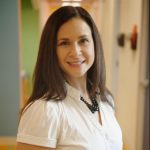 My Answers to Your Vaccine QuestionsHealth & Fitness, Our Pediatrician Bloggers 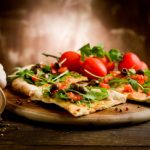