Is Your Pediatrician on Big Pharma’s Payroll?

Have you ever wondered how your pediatrician gets paid? It’s probably not something you spend a ton of time thinking about, however, there are some people who claim that every time a doctor writes a prescription or delivers a vaccine that they are paid by a pharmaceutical company to do so. Well, I am a pediatrician and I’m here to set the record straight.

Before we can talk about how much your doctor makes and where that money comes from, we need to talk about what it cost them to become a doctor in the first place, because it has a big impact on how many of you may view pediatricians and their relationship to profit in general.

On average, 4 years of medical school costs over $200,000 and the average medical student graduates with $180,000 in student loan debt. After graduation, prospective pediatricians train in a 3-year residency program (pediatric specialty training) with an average salary during these years of about $55,000 per year, depending on location. Even with a 20-year loan repayment plan, the monthly payment on the loan would be $1,374, or more than half of a resident’s take-home salary. For this reason many pediatric residents put off paying their loans until they have their first job. While a resident doesn’t have to make payments during those three years of deferment, their loans still collect interest. That makes the $180,000 in student loans compound to a total of approximately $217,430 when the former-resident-turned-doctor gets their first job, and begins making payments on them.

Why is this relevant?Next to family and general practice, pediatrics are the lowest paid medical specialty a clinician could choose to pursue. Pediatricians graduate with a massive amount of student debt and their salary makes it difficult for them to pay it off. The typical starting salary for a pediatrician may be $130,000-150,000 depending on their location. Therefore, their monthly student loan repayment for 10 years would be 30% of their monthly income, or 15% over 20 years.

If pediatricians were in it for the money, they would have chosen much more lucrative specialties. Those who choose pediatrics are not doing it for the money but are doing it because they generally love to care for children and their families. That takes gets us full circle to the point of how physicians, pediatricians specifically, get paid.

There are many options for career paths once out of their 3-year residency, and each of them will have an impact on how much money a physician will take home. For example, one can choose to work for a hospital, a large multi-specialty group, or a small practice, and each of these have a different baseline for overhead costs, all which come before the pediatrician’s paycheck. As the process goes, doctors see patients, and based on the time and complexity of the care that they provide, they submit a corresponding bill for that care to a patient’s insurance company. The insurance company then pays the doctor’s employer for an accepted cost of care, usually negotiated between the two sides. From that amount, once overhead costs and staff are paid, the employer, whether it is a hospital or small practice, then pays the doctor. None of that process includes income from a pharmaceutical company.

So where is this conspiracy theory coming from?

Distrust of the medical establishment and fear of modern medicine (vaccines first and foremost) is too large a topic to discuss here. However, I believe this is how it started. Accusing a doctor of being paid by “Big Pharma” is an attack on the doctor when no other substantive evidence is available to support an allegation or claim of bias. For example, if a pediatrician defends the safety and efficacy of vaccines to someone who is anti-vaccine, they may be accused of being in the pockets of the companies that produce or distribute the vaccines. These claims are not supported by scientific fact or logic (i.e. fiscally responsible behavior), since purchasing and storing vaccines is such an expensive undertaking that many small practices lose money by offering them at all.

Of course, in the past, there was an indirect incentive for physicians to recommend certain medications from pharmaceutical companies. Prior to appropriate legislative action, physicians were offered elaborate vacations and dinners by certain pharmaceutical companies in the hopes that these doctors would recommend a certain drug over another. However, this has dramatically changed in the past several years through legislation. It is now illegal to try to influence physicians with gifts, including those once-famous pens so many of us might remember in our doctors’ offices years ago. In my company, we rarely see representatives from pharmaceutical companies and we have a policy against free lunches. Many residency programs have the same policy, and many hospitals and clinics ban solicitations of that nature entirely.

Making decisions about which medication to use for a given illness is complicated. Antibiotic recommendations are made based on what is most certain to kill the bacteria most likely to be the cause of an infection. For other conditions, scientists develop medicines based upon the known cause of a condition. Yes, this typically gets done at a pharmaceutical company, but that is because they have the money to do so. In fact, anyone who is independently wealthy and wants to hire scientists to develop medications is free to do so!  Once a medication has been developed and studied, it doesn’t simply enter the free market – the company must go through a rigorous FDA approval process. Even after several tiers of studies are completed and FDA approval is set, doctors still rely on large panels of experts to look at all of the available evidence to decide if a medication should be recommended or not (some of this is what we reference as “peer reviewed” studies).

So when a doctor is examining a patient and needs to treat a condition, he/she considers the patient’s needs and ability to comply with their recommendations, the latest medical guidelines for that condition, and then considers the patient’s medication options, including a treatments’s effectiveness, its side effect profile and most importantly, insurance coverage for that treatment. Frequently, in pediatrics the generic version of a medication is what is typically covered. Therefore, the expensive brand name medications advertised by pharmaceutical companies on TV and on the internet are rarely prescribed as they’re much less frequently covered or accessible to these patients.

On a final note, if you are worried about a doctor profiting off of prescribed treatments, you may want to consider how you’re being provided those treatments. Is it coming from a pharmacy, in the hospital or at your local store? You have little to nothing to be concerned about in terms of doctor bias. However, i your doctor selling directly to you? If they are, you may want to dig deeper. This could be a red flag. Who profits if you see an alternate practitioner who sells you herbs, supplements or homeopathic remedies, which are not proven to be safe or effective? Probably that practitioner. That’s what we call a conflict of interest in the care of a patient, and there is an ethical code that MDs and DOs are held to that do not violate that extra layer of protection. 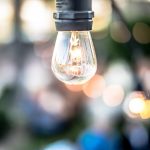 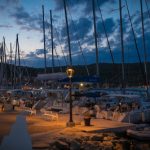