Are all kids constipated?

Any parent will tell you that as soon as they have their baby, they are regularly thinking about poop.  When did the baby poop?  How much did the baby poop?  What color was the poop?  (I can say poop instead of bowel movement because I’m a pediatrician).  Once babies grow into toddlers and children, parents still need to think about their children’s poop.  Some pediatricians would argue that all kids are constipated!  Occasionally, the constipation, or the associated stomach aches, are so bad that a child may need to be seen by a gastroenterologist (GI).  Dr. Matthew Riley of Northwest Pediatric Gastroenterology in Portland, OR sees children with constipation on a daily basis.  Dr. Riley states that “Constipation is the most common reason children are not reliably potty trained by 4-5 years of age or start having soiling after potty training is done”.  Once kids are potty trained however, constipation can still be a major problem.

Constipation is when someone has infrequent bowel movements that are often large, dry, hard and painful.  They can be so large that they clog the toilet.  For kids in particular, having a painful poop can cause fear of pooping which often leads to holding their poop in and even more constipation.  It becomes a vicious cycle.  This is one of the reasons that constipation is so common during potty training.

According to Dr. Riley, “90% of kids with constipation all suffer from the same problem: functional constipation.  This just means that their constipation is not caused by a bowel obstruction, nerve problem, issue with how their colon is formed or some other exotic disease. They are constipated because their colon is doing an exceptional job at conserving water (slow transit constipation), they are just not very good at pooping (functional outlet obstruction) or both.”  In my experience, most kids develop functional constipation because they have a fairly constipating diet (high in starch, protein and dairy but low in fiber), don’t drink enough water and/or they hold their poops in because they don’t want to use the school bathroom.

What are the symptoms of constipation?

The most common way I pick up constipation is during a visit for stomach aches.  These kids will usually have a stomach ache during or right after eating.  This is because when we eat, our intestines and colon start moving to digest food and make room.  If a large amount of poop is hanging out in the colon, it’s going to hurt when the colon starts squeezing against it.  Usually the pain is low down on the left side of the abdomen.  This is where poop hangs out before it leaves the body.  Children can also present with other signs of constipation as well.  Dr. Riley says parents should look for these symptoms:

How is constipation treated?

The main way to treat functional constipation is to improve the function.  Adding water to the gut and getting kids to empty their bowels regularly improves the function and helps relieve the symptoms of constipation.  Dr. Riley recommends first making sure the child is not impacted with an excessive amount of stool, which may require a special “clean out” either at home or in the hospital. For most children, an “osmotic laxative” is the treatment of choice. “These are medicines which help keep more water in the poop, so that the poop is softer and easier to pass.  Common osmotic laxatives are milk of magnesia, lactulose and polyethylene glycol 3350 (commonly sold as Miralax or Glycolax).”  At the same time, dietary change is very important.  Decrease milk and cheese if it is excessive and increase fruits, vegetables and whole grains.

Children also need to be encouraged to go to the bathroom as soon as they feel the urge.  I even recommend that parents offer small rewards or a sticker on a chart when younger kids go to the bathroom on their own. “Children need to make an effort to sit on the toilet after mealtimes” as well according to Dr. Riley.  Sometimes a trip to the pediatric GI is necessary to talk about “how to properly use the muscles of the belly and the bottom to pass a bowel movement”.

“Miralax is the original name for prescription polyethylene glycol 3350 (PEG 3350) powder.  It was approved by the FDA in 1999 for use in adults.  However, the actual medicine has been in use longer than that in other forms.  The safety data for Miralax is incredibly good.  It is so good and so effective that it is one of the most popular laxatives currently used in the United States.  It is now available over the counter and as a generic.
When Miralax first became widely used, people associated PEG 3350 with another chemical called ethylene glycol, which is the poisonous ingredient in car anti-freeze! I can assure you that they are quite different.
Because Miralax was so effective as a laxative, it was immediately used “off-label” by doctors caring for children.  This just means that the use of Miralax in children was not part of the original studies sent to the FDA.  However, I think it would be very hard to find a pediatrician or pediatric gastroenterologist who hasn’t prescribed it and had success treating patients with it. Also, we have over 16 years of extensive clinical experience using it with very few serious adverse effects noticed.
The FDA has just funded a major study at the Children’s Hospital of Philadelphia to do more specific studies on the effect of Miralax in children.  We are not expecting any major problems, but as pediatricians we always want to make sure our treatments and medicines are not having even small effects on our smallest patients.”
As always, if you have any concerns about your child, contact your pediatrician. 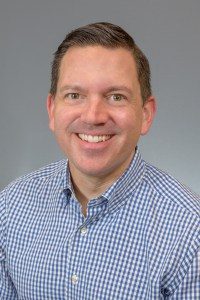 Dr. Matthew Riley is a Pediatric Gastroenterologist at Northwest Pediatric Gastroenterology in Portland, OR. In 1995, he received his undergraduate degree from Dartmouth College in French and Linguistics. He graduated from medical school in 1999 from Oregon Health Sciences University and completed his pediatric residency at Doernbecher Children’s Hospital at OHSU in 2002. He did his fellowship in Pediatric Gastroenterology, Hepatology and Nutrition at Stanford University Medical Center/Lucile Packard Children’s Hospital and was a research fellow in Gastroenterology at the University of California, San Francisco. There his research focused on the diagnosis and management of fatty liver disease in children. He is now the Manager of Northwest Pediatric Gastroenterology, overseeing clinic operations, finance and strategic planning. He is the point person for evaluation of children with autism spectrum disorder and serves on the board of the Northwest Autism Foundation as well as the chair of the NASPGHAN clinical practice committee.
Visit www.nwpedsgi.com
on Twitter @pedsgidoc
bowel movement, bowel obstruction, colon, constipated, constipation, gastroenterologist, laxative, miralax, poop, potty training, stomach aches 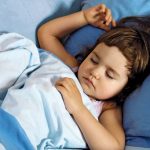