I was looking at the website of a charity that helps hospitals and emergency rooms acquire much-needed pediatric-specific emergency equipment. While on the charity’s website I read through some of their patient testimonials. There were so many compelling stories, some with happy endings and some that weren’t so happy.

Not long after that I was listening to the radio in the car when the show’s host interviewed parents of children that were patients at the local children’s hospital who were sharing their interesting medical stories. These kids were diagnosed and saved by the amazing doctors and staff at the hospital, with which I am proudly affiliated.

The stories from the website and the radio were rolling around in my head over the next few hours. They all seemed to have a common thread, but I couldn’t put my finger on it at the time. Then it clicked. It was a phrase I frequently hear in my office when a patient has previously seen a different doctor, but who was still sick. It was the same line:

“The doctor said it was just a virus and it needed to run its course.”

These complicated cases all had this line in common. At some point, concerned parents had been told by a doctor that their symptoms, which later worsened, were “just a virus.” This line makes me cringe for so many reasons, and it has everything to do with what the doctor means and what the parent or patient hears when a doctor says it.

When a doctor says “it’s just a virus” the parent often hears “there’s nothing really wrong with your child.” Sometimes they even feel brushed off by the doctor, and that their health care provider isn’t taking their concerns seriously. Parents often leave the visit with a false sense of security, or as concerned about their child’s health as when they first walked in.

This time of year is busy in any pediatric practice and doctors see lots of children with similar symptoms. If a child presents with symptoms that are consistent with a cold or gastroenteritis, the chances are that they have caught a miserable, but mild, virus. When a doctor says “it’s just a virus” (which I try never to say) what they usually mean is “there isn’t anything that makes me think your child’s illness isn’t caused by a virus currently circulating, and besides symptomatic care, there’s no treatment I can offer to shorten their illness.”

You can already see here that doctors think they’re saying one thing, but patients are hearing another.

We have a saying in medicine, “when you hear hoof beats, think horses, not zebras,” which means that doctors should think of the more common or likely diagnoses first, as opposed to a rare or unlikely diagnosis. On the balance of things, that idiom is usually right, but sometimes it’s not.

In the cases of the children on the charity’s website and on the radio, their illnesses turned out to be something other than a cold or GI virus. It’s then that miscommunication between doctor and parent becomes more important. “It’s just a virus” could now mean to the parent that the doctor misdiagnosed their child or ignored the parent’s concerns. Either way, there’s been a loss of trust in the doctor/patient relationship, and that makes things more complicated.

Many serious illnesses can initially present with symptoms like a routine viral infection, but those illnesses are very rare. That doesn’t mean that we can or should discount them when making a diagnosis, but when the symptoms are acute (meaning present for a short time) the most likely diagnosis is going to be an acute, self-limited viral infection. If the symptoms continue for an extended period of time (longer than two weeks) or get worse instead of better, then we start to think about zebras instead of horses.

Even if the child does have a common virus there are many secondary infections or complications can develop as a result of them. These are things like ear infections, pneumonia, meningitis or encephalitis. In children these conditions can move quickly and cause devastating life-long (or life-ending) complications. “It’s just a virus” should never be a call for a parent to ignore worsening or prolonged symptoms.

What I like to say to my patients is, “your symptoms are most consistent with a common viral infection (cold or gastroenteritis) and here are the signs and symptoms to look for to return or to go the ER for immediate care.” I then instruct them on how to care for their child at home and reassure them that at that given time they don’t need any other intervention, like antibiotics. I feel like this approach does two things: 1. It gives the parents an idea of what the symptoms indicate is the most likely diagnosis at the time and 2. It lets them know that they should still be vigilant about their child’s health.

Of course, then there are the viruses that are not “just a virus.” Things like respiratory syncytial virus (RSV), naturally progress and get a lot worse before they get better. When a baby is seen on day 2 of RSV they may be doing well, however, by day 3, 4 or 5 that baby may need oxygen and hospitalization. Influenza is responsible for the hospitalizations and deaths of thousands of people in the United States every year. Some viral infections are down right devastating, like polio or measles which still kills thousands of children worldwide. Some cause long-term problems and never go away, like herpes or HIV (human immunodeficiency virus).

So let’s talk a little about what viruses actually are.

Viruses are extremely small pathogens that invade a host (that would be you or your child) and causes disease. Most of us know that viruses are so small they can’t be seen with the naked eye, but according to microbiologist and immunologist Ryan McNamara, PhD from the University of North Carolina, viruses can be up to “1600 times smaller than the diameter of a hair on your head,” that means that thousands upon thousands of them can live on a very small surface area, like a door knob.

Viruses have a protective protein shell called a capsid which help them survive on surfaces, the capsid protects the genetic material inside the virus. The virus invades the host and then according to Dr. McNamara, “replicates inside of host cells”. Viruses can’t replicate without host cells, so while thousands of viruses can live on a door knob, they can’t replicate without a host (again, that’s us). That means the virus needs you to put your hand on the door knob and then do something like itch your nose or eyes or touch food that you’re about to eat without washing your hands first. The virus needs to get into your body so it can use your cells to reproduce.

Blocking that life cycle and eradicating the infection is the job of our immune system. The best way to prevent some of these infections is to make memory immune cells to the virus with vaccines. Vaccines “prime the immune system to fight off a pathogen not yet encountered. This not only reduces the chances of an individual from succumbing to the illness, but also acts as a blockade to the spread of the disease. The objective of any virus is ultimately the same: infect and multiply. Therefore, by inhibiting their spread, we have been able to completely eradicate deadly diseases such as the Smallpox virus,” states Dr. McNamara.

So let’s say your child has fallen prey to a virus and they’re sick enough that they need to be seen by a doctor, how do doctors determine if your child is “really sick” and needs further testing? Besides getting a history and doing a physical exam, we closely observe our patients. The most important thing we are taught as pediatric residents is how to tell the difference between “sick” patients and “not sick” patients; and no, we don’t mean the kids that are faking or exaggerating their symptoms to get out of school, although we do see some of those too.

We are trained to know which kids look very ill and we act accordingly when we see them. This is the instinct that guides us during every single visit. The child who is pale, clammy to the touch, can’t move, is shaking, those are the kids we send for further testing or care. The child who is running around the exam room, tearing up the table paper, or watching a move on the iPad while munching Goldfish, is not, by this definition, “sick”. That child does not need blood tests, IV fluids, IV antibiotics or other immediate attention. When we feel that a child looks otherwise well, except for their stated symptoms, we feel pretty comfortable sending that child home with some TLC and instructions on when to return.

For those really sick children, most of what we can offer them is supportive care, that means helping them stay hydrated, keeping their fever down and making them as comfortable as possible as their body fights off the infection. Unfortunately, because viruses are structured differently than bacteria, common antibiotics do not work for viral infections. As Dr. McNamara explains, “the antibiotic penicillin works to inhibit the synthesis of a cell wall by bacteria. Given that viruses do not have a cell wall, penicillin will have no effect on a viral infection. Other antibiotics such as quinolones, and sulfonamides directly target bacterial enzymes, none of which viruses have. Conversely, antivirals such as AZT, which inhibits HIV infection, has no effect on bacteria.”

My fellow doctors, I ask that we retire the phrase “it’s just a virus,” for the sake of our patients.

Ryan McNamara is a microbiologist/immunologist at the University of North Carolina. He did his doctoral thesis on the mechanisms of HIV gene expression, and has continued to work with HIV, as well as Zika virus and West Nile virus, with an emphasis on how our immune system responds to viral infections. By understanding how our immune system, particularly white blood cells, respond to viruses, Ryan hopes to further our basic science knowledge and lay a foundation for the development of novel therapies for those stricken with various illnesses. He is a member of the International AIDS Society and regularly presents his research at international meetings. 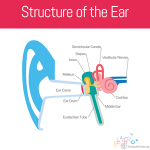 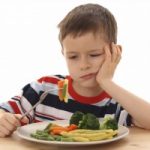