The art of communication is something that isn’t always taught in medical school (at least back in the day when I was a student). Of course we are taught how to take a history, but what about communicating a diagnosis with a patient, or even with the public? It’s not as easy as it looks. As a prime example for the variability in how doctors communicate, look at my post about the phrase “just a virus”. The way a physician discusses a diagnosis, treatment plan, risks v benefits and potential outcomes will be different for each doctor and can really have an impact on patients. A patient’s trust and confidence in their physician can vary depending on how they are communicated with, or at least how they perceive that communication. Now that we have the digital space where anyone and everyone gives and receives information, the importance of communicating effectively and accurately is more important than ever. Furthermore, a physician’s presence in the digital space can have a large impact on his/her reputation and practice, both positive and negative. As I am now almost 5 years into Twitter and over 2 years into my blog, I have a lot of reflections on HCSM. It has been an amazing learning experience, and very humbling. My hope is that this post will help physician’s young and old get into the digital space in a way that enriches their lives and helps patients.

My start in the digital world

In 2012 I was given the amazing opportunity by my company to move into a brand new office as the lead physician for that office. The office was built in a growing neighborhood much closer to my home and was a complete start-up. I knew I needed to do some marketing, something I was never trained to do. My company already had a Facebook page so I wasn’t able to start a new page for my new office. (We now have location pages for all of our offices thanks to some hard work by my marketing director and after much pleading on my part to get it done.) My next stop was Twitter since we don’t have a company account. That is where I found a home. It didn’t take me long to realize that Twitter was not necessarily the place to get new patients, but it certainly was a place to connect with many other physicians, scientists, nurses, nutritionists, parents and all around awesome people from all over the world. I also connected with journalists which lead to exposure in both printed media and television appearances, and I connected with several people who run websites for parents who have asked for my contribution. This is not direct marketing, but has definitely helped build my brand. Having my name out there has helped prospective parents find me through a simple online search. As much as I love connecting on Twitter, it’s hard to relay good medical information in 140 characters. After attending some sessions on social media at the Medical Group Management Association meetings in 2014, I was convinced that I needed to blog and so this site was born. This is where I really get to provide education to my patients and the internet at large. This is my chance to seed the web with medically factual articles in a sea of…well all kinds of stuff.

The impact and power of social media

One thing I can say for doctors on Twitter, they are a powerful force. And that’s not even coming from every doctor in the country! Imagine if every pediatrician had blog posts and Twitter feeds giving evidence based advice. How much would that drown out the anecdotes and fear mongering? Take for example the Disneyland measles outbreak in early 2015. Yes, my tweet was the first tweet about the cases and you can read more about that here, but there was also a very loud and powerful outcry from pediatricians about the importance of vaccination. Over 650,000 tweets were sent between February 1 and March 9, 2015 with the mention of vaccinations. Furthermore, 2 members of the American Academy of Pediatrics decided to have a “Twitter storm” on February 6, 2015 under the hashtag #MeaslesTruth to highlight how dangerous the infection is. Symplur noted that not only were there thousands of tweets during the Twitter Storm, but the impressions were through the roof. That’s powerful!

Just recently, a physician from the very well-known and highly respected Cleveland Clinic wrote an opinion piece spouting already well researched and unproven myths about vaccines. Because he used the Cleveland Clinic name and logo in his byline, the doctors on Twitter took the clinic to task in full force. Several articles were written debunking the physician’s article and calling for the clinic to respond. Not only can this one article ruin this physician’s reputation, but also harms the reputation of the Cleveland Clinic. You can see their tweet below as they try to distance themselves from the physician’s statement. They have since promised discipline. A public relations nightmare for them but a win for all the (other) physician voices online!

How to safely be online as a physician

It’s clear that it is important for healthcare providers to be online, but as seen in the Cleveland Clinic case, it can be a scary place. One error can make a big difference for a physician or and organization. But it can be a lot of fun too so don’t be discouraged! When physicians are deciding to have an online presence, the first thing they need to do is decide who they want to be, how they want to portray themselves and who their intended audience will be. They need to understand the policies of their employer, place disclaimers in their bios and be very careful about posting any protected health information. This is probably the number one reason many physicians opt out; the fear of saying too much, damaging their reputation, or causing someone harm. That and the time factor. Many physicians stick to posting only medical information and don’t get very involved with conversations. That’s helpful from the standpoint of providing healthcare-related information, but not very social. Over time, you might find that you connect enough with colleagues on Twitter that you actually become friends! This is when many start to let their guard down and show their personalities. I think it’s perfectly okay to have fun, be yourself and tweet about non-healthcare topics that interest you. As I’ve written about, this is what makes us human and humans are social beings.

However, if your primary goal on Twitter is to be an expert voice as a physician and you are using MD, DR, DO or other identifying information in your name/handle, I believe it is important to be truthful about who you are and try to stick to your message as much as possible. Your intended audience may be other doctors, students or colleagues, but if you have a public account, anyone can see your feed. The public will expect you to know what you are talking about and will expect you to communicate accurately. Furthermore, your institution or employer will expect that you overall represent them well. Anonymous accounts not only make it hard for someone to own their words (a phrase I borrowed), but also makes it hard for the public to trust that they are who they say they are. I do understand the reasons some, especially medical students, want to stay anonymous. Future employers may not look kindly on them due to their social media activities. Although from that perspective, if you have an account you wouldn’t want your employer to see, it may be a good idea to re-think what you post. Also, there is the option for physicians to have a personal account that is separate from their professional account. This is commonly done on Facebook and the personal accounts are frequently kept private. Sometimes physicians and medical students, both anonymous and non-anonymous, share patient information or act in a way that is unbecoming of a physician or say things that they later regret. Again, it is up to each individual to decide how they want to be perceived online and it is perfectly acceptable to delete tweets if you feel your original post misrepresents you. The important thing is to be accountable, learn from your experiences and represent your profession (or future profession) well. Think before you tweet.

One of the things that turns doctors off from being online is being trolled by people and accounts who will attempt to attack them and their message. They will be called a “shill”, their whole profession will be demonized and they will be accused of horrible things. This is definitely a time when less-than-professional behavior comes out. Some physicians don’t mind arguing online and that is certainly a personal choice. My technique comes from Kevin Pho of KevinMD, give a calm, evidence based response and if they keep going, end it. Don’t feed the trolls. Also, there are “mute” and “block” options on Twitter if needed.

Ultimately, I think physicians need to be in the digital space in order to have a voice among the many voices that parents/patients hear. For those of us building our practice and hoping to carry our message further and further, being online can certainly help that happen. Being online can also provide a wonderful network of others to connect with and learn from. There may be a steep learning curve as you get started, but it can be very rewarding. For anyone interested in getting started I definitely encourage you to do so and feel free to contact me with any questions.

Jaime Friedman, M.D., F.A.A.P.
Dr. Friedman has been practicing pediatrics in San Diego for over ten years, initially working at Rady Children’s Hospital in its Urgent Care and then moving to Children’s Primary Care Medical Group in 2004.  She is now the lead physician of the new CPCMG 4S Ranch office.  Dr. Friedman is Board Certified and a Fellow of the American Academy of Pediatrics.  She has been one of San Diego Magazine’s Top Docs for the past 8 years and was elected Best Doctor in East County by The Californian in 2011. Dr. Friedman went to medical school in Baltimore, Maryland, where she grew up, and did her pediatric residency in Portland, Oregon, at Doernbecher Children’s Hospital.  She is still a very loyal Baltimore Ravens fan and loves football. On a professional level, Dr. Friedman’s interests include literacy, breastfeeding, and fitness.  While at the CPCMG El Cajon office, she started a new Reach Out and Read location,, and is working on providing books for patients at all CPCMG locations.  She also plans to organize regular kid-friendly hikes for the 4S Ranch community.  Personally, she has walked in three Breast Cancer 3-Day walks, volunteers at her children’s school, and has been active on the PTA.  She also volunteers as the camp doctor every summer at Camp Mountain Chai. When she isn’t working, Dr. Friedman enjoys every minute she can with her husband and two children.  Together, they love to ride bikes, spend time with friends, and play with their 2 Australian Shepherds, Luna and Lucy.
Recent Posts 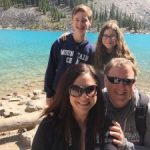 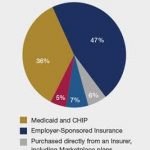