Unfortunately, my biggest fear has come true. For the past few years I have been warning my patients, my kids, the carpool kids, parents in the office, in the stands and anyone who would listen to me about the dangers of vaping. Although others have been warning of vaping’s potential dangers too, it’s sadly been flying under the mainstream’s radar. With the recent 450 cases of lung disease and 7 deaths linked to vaping, this crisis is finally gaining some well-deserved attention, albeit still not enough in my opinion. Last year 3.62 million middle and high school students used e-cigarettes and 1 in 5 high school students admitted to vaping. If that’s not worrisome enough I actually think it’s higher. Over 90% of the middle and high school students I see, when asked, report that there’s vaping at their school (in the bathrooms and classrooms) and when we discuss it, most parents are completely surprised. This leads me to worry that parents are not looking for it, understanding it, discussing it, understanding its dangers and understanding that this is an EPIDEMIC and CRISIS.

So, what are E-Cigarettes and how exactly does one vape?
E-cigarettes are battery-powered smoking devices. They have cartridges filled with a liquid that usually contains nicotine, flavorings, and chemicals. The liquid is heated into a vapor, which the person inhales. That’s why using e-cigarettes is called “vaping”.

Why is this dangerous?
Vaping puts highly addictive nicotine into the body and developing brain. If that’s not bad enough one vaping pod has the same amount of nicotine that is found in an entire pack of cigarettes (some say it’s even more). So, it doesn’t take much to get an enormous rush from the nicotine flavored vapor and that’s exactly why teenagers are using it and becoming addicted to it (seems like a great undercover plan to get a whole new generation addicted).

We have learned that carcinogens in tobacco cigarettes cause all kinds of cancer, but why is nicotine bad?
Nicotine can slow brain development, affect memory, concentration, learning, self-control, attention, and mood. All of this does not sound good, but it’s the harmful chemicals and very fine particles that are inhaled into the lungs that are responsible for lung damage, hospitalizations and now death.

So now what do we do as parents?
We become very aware of the real possibility that your child will be exposed and may have even tried vaping. It’s imperative that you sit down with them and discuss this very real health crisis and growing epidemic. It’s not a hypothetical anymore, let them understand that nicotine and tetrahydrocannabinol (THC) can affect mood and brain development and if that’s not bad enough, the inhalants can severely injure their lungs or even kill them. Moreover, it’s your job to look through their room and backpacks and if you are suspicious you can buy an over the counter test which can detect nicotine in their urine in less than 5 minutes.

Being a parent and pediatrician, I am keenly aware of how difficult it is to keep up with all of the things our children are now exposed to. They seem to be a few steps ahead when it comes to technology, apps, and now this vaping crisis. We, however, have maturity and experience on our side and not to forget we are in charge.

So, it’s time to take charge and listen to your gut, don’t turn the other way because it’s scary to find out that your child has tried or is addicted to vaping.
Learn more about the harmful effects of vaping, nicotine and the outbreak of vaping associated lung disease:

Gina Rosenfeld, M.D., F.A.A.P.
Dr. Rosenfeld has been practicing as a pediatrician in private practice for over 17 years. She is Board Certified and a Fellow of the American Academy of Pediatrics. In 1994, Dr. Rosenfeld joined Children’s Medical Group and has remained there as a long-term primary caregiver to her young patients in North San Diego County. Dr. Rosenfeld practices direct patient care in the office and hospital setting, as well as a number of other clinical functions. In addition to her clinical roles, Dr. Rosenfeld has worked extensively with pediatric policy. Through her appointment as Chairman of Pediatrics at Palomar Medical Center (1998 to 2000), to her contributions on the CPMG Quality of Care Committee and her appointment to the CPMG Executive Advisory Board, Dr. Rosenfeld has served as a voice for pediatric patients in San Diego. Dr. Rosenfeld completed her Pediatric Residency at The University of California, San Diego. She received her Doctor of Medicine from New York Medical College and her B.A. in Biochemistry and Cell Biology from The University of California, San Diego Beyond her career achievements, Dr. Rosenfeld was honored to be named as a New York Medical College Merit Trustee Scholar, the recipient of the Glasgow Memorial Achievement Citation and Outstanding Intern in Neonatology at UCSD Medical Center. Dr. Rosenfeld maintains a longstanding affiliation with the Alpha Omega Alpha Medical Honor Society. Additionally, Dr. Rosenfeld is an honored recipient of the Patients Choice Award 2008, 2009, 2010 and The Compassionate Doctor Award 2010. Dr. Rosenfeld loves being a mom and remains quite busy outside the office with her husband and two boys.
Recent Posts 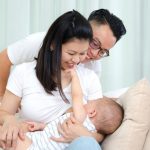 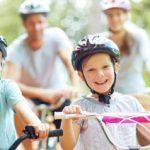